On the 1st of August, 1974, the Nicobar group of islands was declared a separate district with its Headquarters at Car Nicobar, which has half of the population of the Nicobar Islands. After its Independence, the Government of India did not allow outside traders to exploit the locals in order to protect the interests of the Nicobarese.

The regulation for the Protection of Aboriginal Tribes came into force in 1956, under which entry to the Nicobar Islands was strictly restricted. However, in the late sixties and seventies the Administration started settling non-tribals in the region, which included Andmanis, ex-Defence personnel and Tamilians (for rubber plantations). Soon this increased the population of this small Island which led to a shifting and resettlement of 165 Car-Nicobari families in the Little Andaman Island. 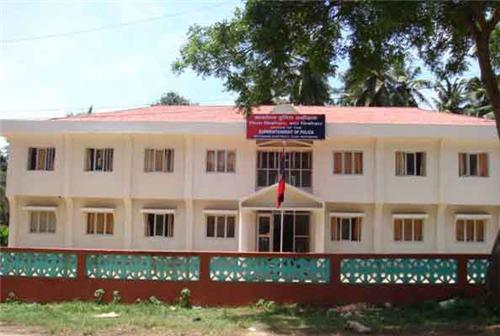 The Administrative Setup in Car Nicobar

The administrative setup in the Union Territory of Andaman and Nicobar is entirely different from that in mainland India. The Lieutenant Governor is the executive head of UT. The executive wing runs under his supervision and direct monitoring with the help of heads of the various Departments.
The Government Departments in the Nicobar Islands are designed to cover all the important aspects of the life in the islands. The head of each department is at the helm of the operations of both the secretariats and the directorates of the respective departments. The Government Departments are as follows:

The Nicobar District has a total of 22 small and big islands. Out of these 22 islands, only 12 are inhabited by people. The Nicobar Islands consists of 2 sub-divisions or Tehsils;
All the islands of the Nicobar district, except the Car Nicobar, fall under Nancowry. However, for the smooth functioning of the administration, the Nancowry sub-division is further divided into three circles under the supervision and control of the Assistant Commissioners who work directly under the Deputy Commissioner.

As an entity of local government, the Tehsil Office (Panchayat Samiti) of Car Nicobar exercises certain fiscal and administrative power over the villages and municipalities within its jurisdiction. It is the ultimate executive agency for land records and related administrative matters. Its chief official is called the Tehsildar  or the Talukdar.

The administrative capital is near the Indian Air Force station Car Nicobar Air Force Base, known as 'Headquarters' which is the largest junction in this small island with some shops, a hospital, a bank, a post office, the police headquarters and some government offices.

These Assistant Commissioners are further helped in their work by the Tehsildars, Village workers, BDOs and Extension Officers. The Assistant Commissioners of the different sections are also the Executive Magistrates of the respective regions. They look after various departments of Supply, Transport, Development, Shipping, Law and Order and Revenue of the respective sections.

1. Development of the tribal area of the District is done through TSP or Tribal Sub Plan of all the departments. An Integrated Tribal Development Agency -  ITDP – has been constituted and registered under Societies Registration Act. It is responsible for implementing TSPs and for coordination between the different departments and also between the Administration and local public.

ITDA, receives GIA (Grant in Aid) from the Govt of India to invest in the developmental activities planned for the District.  ITDA works has contributed towards construction and maintenance of office buildings for Tribal Council, Multipurpose Gymnasium, Basketball Court, Information Center, Renovation and maintenance of  Vocational Training Center, Bus Shelter, Pucca Walls, and Dormitory for attendants of patients in the District Hospital, Modification, renovation and repair of Community Hall, Renovation of Nicobaries Home etc.

2. Maintenance of Law & order and Public-safety

Car Nicobar has 15 villages and each village has a Tribal Council of elderly heads, which is constituted by the 1st Captains of  Village Council falling in their jurisdiction.  The Captains are elected democratically by secret ballot normally for tenure of 4 years.  These 1st Captains select Chief Captain & Vice Chief Captain of the Tribal Council. At present in Nicobar district, there are seven Tribal councils namely Pilobhabi, Katchal, Car Nicobar, Kamorta, Teressa, Nancowry, and Chowra.

The Village Council plays an significant role in the daily administrative activities at a grass-root level.  These Councils also act as a link between the Local Administration and the tribal people of the island.  Presently, most of the developmental schemes are being implemented through them.

The apex body of the judiciary of Nicobar Islands is a Circuit Bench of the Kolkata High Court that operates from Port Blair. There are the district courts that fall under the jurisdiction of the session judges who monitor the smooth functioning of the judiciary in the region.

Judiciary at the District Level

At the grassroots level, the District and the Sessions Judge look after the civil affairs of the state while the Chief Judicial Magistrate is at the apex of the criminal courts of the districts. Both are helped by Munseffs and Judicial Magistrates respectively for carrying out judicial functions and responsibilities.

In 1991, the Nicobar District had been notified as a 'Police District' and an official of Superintendent of Police rank has been posted here. He assists the Deputy Commissioner in maintaining Law and Order.  There are 5 main police stations in Nicobar District; PS C/Bay, PS Nancowry, PS Car Nicobar, PS Teressa and PS Katchal. There are two SDPOs posted in Nicobar District.

There are also 4 Look-out Post at:
Gandhi Nagar is the only Out Post. They are under the command of the Dy. S.P, Special Armed Police and under overall command of DIG (L&O).

In general, the crime rate is very low with few cases registered annually, majority of them relating to Local and Special Laws. Overall, the District is peaceful, from the law & order point of view.

Andaman and Nicobar islands have only one Lok Sabha constituency. Being a single parliamentary constituency, the presence of independent state parties is miniscule.  The solitary constituency is eagerly fought by almost all the major national parties but it does not elect any member to the Rajya Sabha.

Another unique feature of this UT is that it does not have a state legislature. It comes directly under the control of the Central Government. The Lieutenant Governor is the representative of the federal government in Andaman and Nicobar.


There are also some state-level political parties: